I don’t like this team. They embarrassed themselves in the playoffs in 2021. They didn’t even show up in 2022. I wanted to sell some pieces at the trade deadline since they weren’t showing any signs of life (players highest values are at the trade deadline). This rebuilt core isn’t going to cut it. But here we are.

The problems I’d try to address:

Man, writing this makes me furious. Add the fact that Hahn traded three studs to get a head start on the rebuild, get Robert for just cash and have the highest payroll of all time. What a loser. All he had to do was draft and sign 2WAR players and he couldn’t even do that. No wonder they cancelled Soxfest.

Since you can’t draft more players (and it’s just once a year) and you don’t have money to spend, the only way to add talent if via trade! 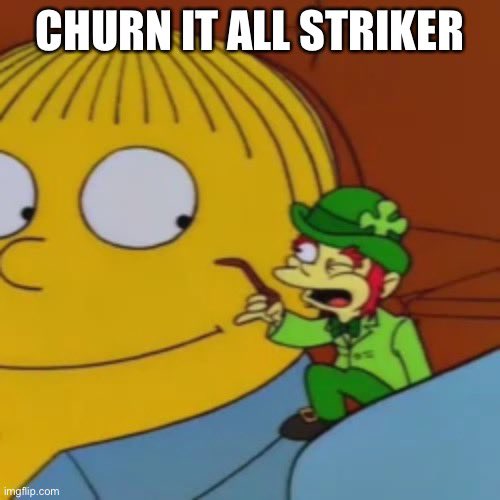 There is only one person right for this job.

No. 2: Carlos Rodon (5 years, $140m). He has probably moved on from his desire to pitch for the Sox, but I’d bring him back for obvious reasons.

Now, for the moment you’ve all been waiting for.

No. 1: Three Team Trade with Pirates and Dodgers.

Dodgers are probably the least likely to make this move of the three. They might need some more prospect capital back. Maybe Ramos.

For the White Sox, this gives them a LH 2B and switch hitting outfielder. Both walk at like 10% rates and play great defense. Both are pre-arb too, so you shed a lot of salary. Reynolds can play all 3 OF positions. I like Vaughn, but it’s gotta hurt a little. Plus we still have Sheets and Burger that can play first. Come and get me Fox!

No. 2: Trade Eloy, Rodriguez and Kelley to the Marlins for Rogers and Wendle.

Marlins desperately need a middle of the order bat. Eloy looked REALLY GOOD in the second half, so it’s time to sell. Maybe the Marlins don’t care that he’s injury prone.

No. 3: Trade Giolito to the Mets for Megill and Peterson.

The Mets would have to be high on Giolito to pull the trigger on this one, still thinking he’s a 5 WAR starter. I think he is, especially in his walk year. But unfortunately for him and us, Rick Hahn didn’t leave me with roster depth, so I had to pull the trigger.

The Sox get two guys who can both start. Both provide great strikeout rates. One can be the #5 starter, the other a swingman. Jordan will love this move!

I improved the defense, offense and added depth. I’m also betting on Colas being on the major league roster. Payroll comes out to about $184m, which leaves me $6m to pay KenWo.

Take a second to support Sox Machine on Patreon

I like pina caladas, standing out in the rain. I'm not into yoga. I have half a brain.

Wow that offense has some upside but also a chance to be royally terrible. Where are you getting those fWAR numbers? Because 5 fWAR to Grandal and Pollock is…. Extremely generous.

Yeah, didn’t put too much thought into their fWAR. Overly optimistic.

That pitching and defense better be pretty good because this could look real bad. There’s a lot riding on Lux and Colas being really good and a lot riding on Robert staying healthy. Neither of those are gambles I’m interested in.